What was I thinking? A personal story 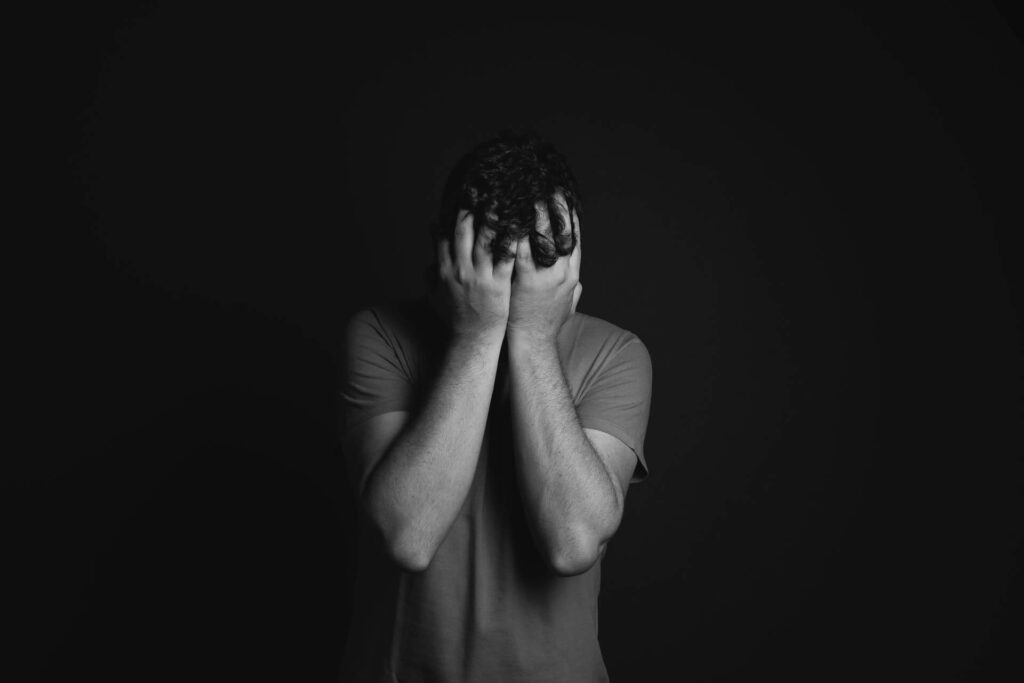 Feeling able to speak openly about your mental health is such a liberating feeling. It feels like a weight has been lifted off your shoulders, it helps you understand and process things much better and that skeleton in your closet that you’ve been working so hard to hide away is now out so you don’t need to worry about hiding anymore.

It can also feel like a very vulnerable place to be and you might wonder what are people going to say/do/think when you do open up?

That’s completely understandable but time and time again when people do this I see something magical happen. Suddenly, other people appear out of the woodwork and feel able to share their stories.

It’s like a domino effect of openness, honesty, vulnerability and unity.

In fact, this very thing is what prompted me to write my book, start speaking in public forums and even start this business because speaking openly about my mental illness made me realise just how many people there are struggling, so many of them in silence.

Today I want to share with you one of these stories. Not mine, I’ve spoken about that enough, but the story of a gentleman who one day just appeared in my inbox, feeling compelled to share his struggles and frankly, it’s one of the best things I’ve ever read.

So, with his permission, I’m sharing his story here today in the hope that it will help others in some way. Whether it’s not feeling alone, seeing that there is hope in those darkest of times or just feeling able to speak more openly about their own mental health, because we all have it ‘ in the same way as we have physical health, so let’s stop pretending it’s something to be ashamed about.

Ready for a powerful read? Here you go.

About a year ago today, I sat on the sofa on the verge of tears. It felt like the sofa was slowly swallowing me up and I didn’t have the energy to fight it anymore.

That’s a big decision to make, especially for a bloke to make. Let’s face it, we’re the worst at asking for help/directions/going to the doctors unless an arm or leg really is missing (‘It’s only a flesh wound’). But I’m glad that somewhere buried away in my head one of my emotions fought its way to the console ( I love the Pixar movie ‘Inside Out’ so picture it that way) and pressed the emergency override button.  It could have been Anger (WHAT ARE YOU DOING’!’), it could have been Disgust (Look at you! Pull yourself together) but I’d like to think Sadness got there and said ‘You’re broken, this is wrong, you need help’

It had come on pretty quickly. Or at least, it felt like that. Looking back the signs were there and I had either not spotted them or had decided to ignore them. My dad had died in August, falling down the stairs aged 68. Everyone thought he’d just slipped on something as he wasn’t exactly frail. But turns out he had not gone to hospital due to Covid a few months earlier when he cut his hand open on a power tool and ended up passing out at the top of the stairs due to blood poisoning/infection. He lived alone, when he was found at the foot of the stairs he was non-responsive.  Due to Covid, it was all very stressful, unable to see him in hospital etc. Until I got called to go into hospital at 3 am a day or two later as they needed me to make a decision”

So very quickly my life changed. My dad’s side of the family is pretty big and all very close and following the death of my Nan a few years earlier my dad had become the patriarch. With him gone, I dealt with not only his home but my nan and grandads estate, looking after my aunts and uncles who were in an incredible amount of shock, consoling his best friends, work colleagues, neighbours etc, never mind my own family and his grandkids. I was kept busy.

Once we had finally managed to get a death certificate and the funeral was arranged (In October, months later, thanks again Covid), things started easing off but only a little bit. Still had a house full of stuff to clear out but things were moving. Lots to do and still keeping me busy. I think I was off work for a month, it was a very busy time. I was still dealing with estate type things as my dad left no Will, had debts etc,  the house was still in my grandparents names etc but I needed to come back to work, needed some kind of normality.

I’d been back at work a month or so, I’d started on a new project which is usually an exciting time for me, meeting new folks, new challenges etc but this time it felt different. Chalking it up to the loss, I just carried on.

Until that morning I couldn’t get up from the sofa. It was a very hard phone call to make, calling NHS and saying ‘I’m not feeling right’, ‘it’s out of character’, ‘I’m feeling very low’, ‘I’m not sleeping’ etc but it had to be done. I was expecting to be laughed off, told to stop wasting peoples time. But the NHS were lovely as always, I ended up speaking to a few different people that day and in the coming weeks but ultimately ‘ I was diagnosed with depression and put on antidepressants. I was broken but I had finally asked for help.

In hindsight, the signs were there. Death of my Dad, everything piling on me to sort out, dealing with lack of will, debtors, clearing the family home of some 60+ years including my Nan and Grandads stuff, the funeral itself and then the aftermath. But what I don’t think I realised until I was reflecting during my ‘recovery period’ was that I had been too busy to stop, actually grieve/come to terms with things and most importantly ‘ look after myself.

I ended up being off work with depression for 3 months and during that time I read books. A lot of books. Played lots of guitar, did lots of walking and lots of thinking.  I think denying myself that kind of time to think/grieve before as I was ‘too busy’ led me to end up where I was ‘ at an all-time low. And I fully appreciate that I was lucky, I was only off for 3 months. In some ways, I’m lucky that damn sofa made me realise I needed help ‘ and help before it was truly too late.

So what have I learnt? What’s this reflection helped me to realise?

Do something you enjoy. For me, I love reading. But I slowly realised I hadn’t read for pleasure in probably 6-9 months. Reading became my ‘coping mechanism’ as the NHS nurse put it. I read book after book after book. By doing something you enjoy, you are releasing those endorphins, you are chilling out, your brain gets to focus just on what’s on the page rather than thinking about multiple other things, some of which you don’t want to think about. I also started playing more guitar which I had neglected as venues were all shut (Damn you Covid) and so my band couldn’t gig. Just doing it for enjoyment was an amazing feeling again. Enjoy the little things.

It’s good to talk. I didn’t tell anyone how low I was feeling. I was actually off work for a week before I told my wife (that was an interesting conversation). But once I had started talking, she told me she had been worried about me, how I hadn’t been myself, how my mom had commented to her that I didn’t seem right. It’s amazing how you think you are getting away with it but you’re not. I didn’t tell everyone, not everyone needed to know. I chose a few people that I felt comfortable with telling and that helped and they then helped me, an outsiders opinion etc. But just articulating how you are feeling, hearing those words come out of your own mouth’.that helps you get to grips with things. Don’t keep things bottled in, there’s nowhere for it to go and it just rattles around inside your head then which might not be the best time and place for it.

My work is awesome. My work was extremely supportive at this time but obviously, they need to know when you need help. So reach out to a Mental Health Champion, People Manager or People Support at the first opportunity, don’t leave it until it’s too late. My people manager at the time, was very helpful and understanding over the whole period as was the person in People Support who was especially helpful in getting me to use the Employee Assistance Programme as well as arranging my phased return to work (and making sure I stuck to it rather than just jumping back in the deep end). There is help there, use it as required.

So why did I write this? Well, I think some of it was that I needed to write something down to get it out of my head one year on. I was a Wellbeing Champion, had done the Mental Health First Aider course and was into that whole way of thinking ‘ but it still didn’t stop me from falling into the pit myself. It’s not just about others, you have to take care of yourself as well. In writing this it helps me recognise some of the lessons learnt so that I don’t forget them and also to share them to whoever reads this.

So good luck! You’ve got this.