The power of silence 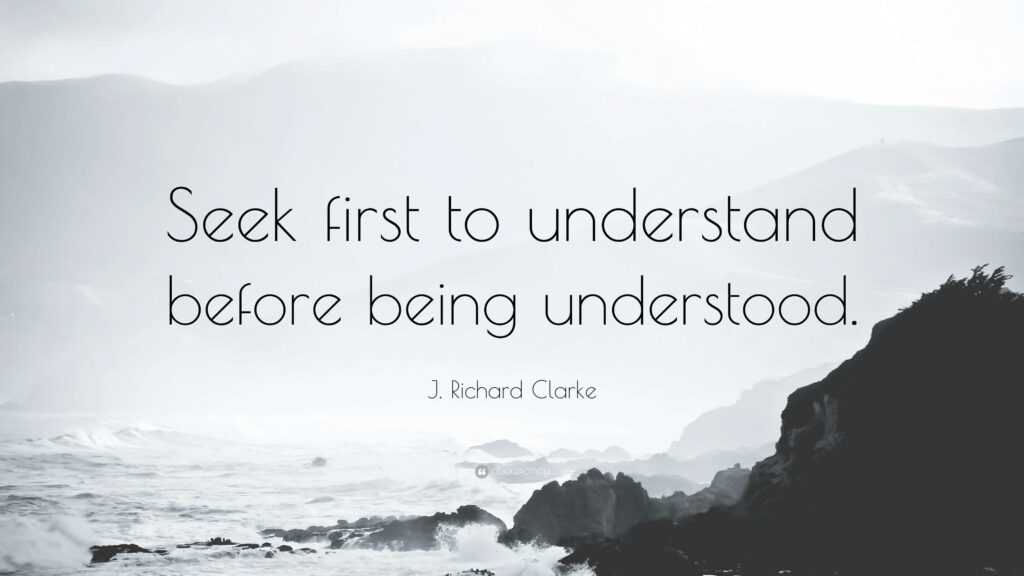 OK, Before I get started I just want to make one thing clear.

This blog is about how silence, when used properly can be incredibly powerful and sometimes even life-saving. What it’s not saying is that if you are struggling and need help you shouldn’t say something. In fact, a huge amount of what I do, from formal training to my book to my public speaking is all about encouraging people to speak up when things get tough. As humans, we naturally rely on each other for help and support and we’re not likely to get that without first saying something. So please, if you’re struggling, feeling lost, hurting, or suffering in any way, speak up. Because you deserve help when you need it.

OK so now we’ve got that potential crucial misunderstanding out the way let’s get started.

How often do you just sit in absolute silence? No TV, no music, no conversations around you, just pure silence.

I guess that for most people you could count the number of times on 2 hands.

It’s genuinely amazing how much you notice when you just stop, shut up and sit in silence for a while. We hear noises we’ve never noticed before, we see details in things we’ve never seen, we often feel a sense of calm and peace descend over us, picking up on thoughts or realizations that we have so far missed out on. It’s one of the truly free and simple pleasures of life and it can be incredibly powerful, even if just for a minute. It’s so rare that we do it because we become so accustomed to being busy that it’s almost as if we feel uncomfortable or restless when we’re not busy. So much so that we need to have things making noise and keeping our attention around us. This is even true when with other people; we’ve all been there when the conversation comes to a natural conclusion and we feel awkward just sitting there in silence, desperately searching for something to say, often resorting either pulling the mobile phone out of your pocket or making some obvious comment about the weather which happens to be entirely typical for the time of year. ‘It’s cold today?, well yeah, it’s February’

We often feel this desperate need to fill the gaps with conversation but why? Nothing is going to happen if nobody speaks for a few minutes. This is even more true in mid-conversation. So often we’re speaking with someone and while they’re talking we’re waiting for them to finish so we can say our bit, often picking up on something they said at the start of their talking and missing everything else they said because we’re busy forming our reply. The second they finish and it’s showtime! It not only makes most of us terrible at arguing:

‘You never listen to me!’

But it can make us terrible listeners, especially when sometimes all someone wants is to be listened to and understood.

When having those deep, meaningful conversations, particularly when someone is reaching out for help, silence gives people the time and space to understand their own thoughts & emotions, explore a deeper understanding and maybe notice something they have otherwise missed. Not only that but it gives you, as the listener time to digest what you’re hearing, to understand what the person is saying, and maybe even what they’re not saying. I’ve lost count of the number of times I have been speaking to someone who is really struggling with dark thoughts, they’ve had an opportunity to vent off about what’s on their mind and what they’re feeling, and when they finish, I’ve just waited quietly. Suddenly they came to a powerful realization, maybe an event, a thought, or behaviour that adds a boatload of clarity to their situation.

Using silence in a conversation can be an uncomfortable thing to do because we’re socially conditioned to fill the silence with noise but it’s not that difficult. There’s one simple rule which has never let me down yet, this one little rule has saved lives, landed huge financial deals, caught criminals and helped millions. Are you ready?

Let me explain. When having a conversation with someone look into their eyes (not in a weird, staring type way, by the way, that’s just creepy). By watching When a person is speaking they will often look all over the room, their brain is working to recall information and while it does this the eyes move about. There is a scientific explanation for this but it’s really not that important for what we’re discussing here. But here’s the key thing, often when a person stops talking they may still be looking down or off to the side, the brain is still searching for more information and there’s a good chance they haven’t actually finished what they’re saying. They’re processing what they have just said and they’re looking for anything extra to add or to better understand what’s going on in their head.

When a person does this that’s your cue to shut up and wait. This is the difficult part because sometimes they may be looking elsewhere for what feels like an eternity (even then, it’s usually just a few seconds). Give them time to explore and understand and you may uncover a hidden gem of information you would have missed out on should you have opened your trap.

But how do you know when to break the silence? My rule of thumb is they will look you directly in the eyes. The brain is no longer searching and they’re waiting for a reply. Still, you don’t need to jump right in with a reply. You can still give yourself a few seconds to process and think before replying. Or even better (classic coaching secret here), you can re-frame back to them what they said

?I just feel like nobody listens to me, I don’t know who I can talk to?

?so you feel like you’re alone and you can’t get support??

All you’ve done is repeated back to them what they told you but using different words. This can go one of three ways

These are skills we can take with us into everyday lives and can have a huge impact on our interactions with others, form closer relationships, solve problems, close 6 figure deals or save the life of someone who is just wanting to be listened to and understood. The cost of these life-changing skills? Absolutely nothing.

And don’t forget, every now and then, stop, be quiet, sit back and enjoy the silence.

If you would like to learn more about how I work with organisations to create, implement and maintain workplace wellbeing drop me an email at Pete@PeteWhiteConsulting.co.uk