How to Save a life 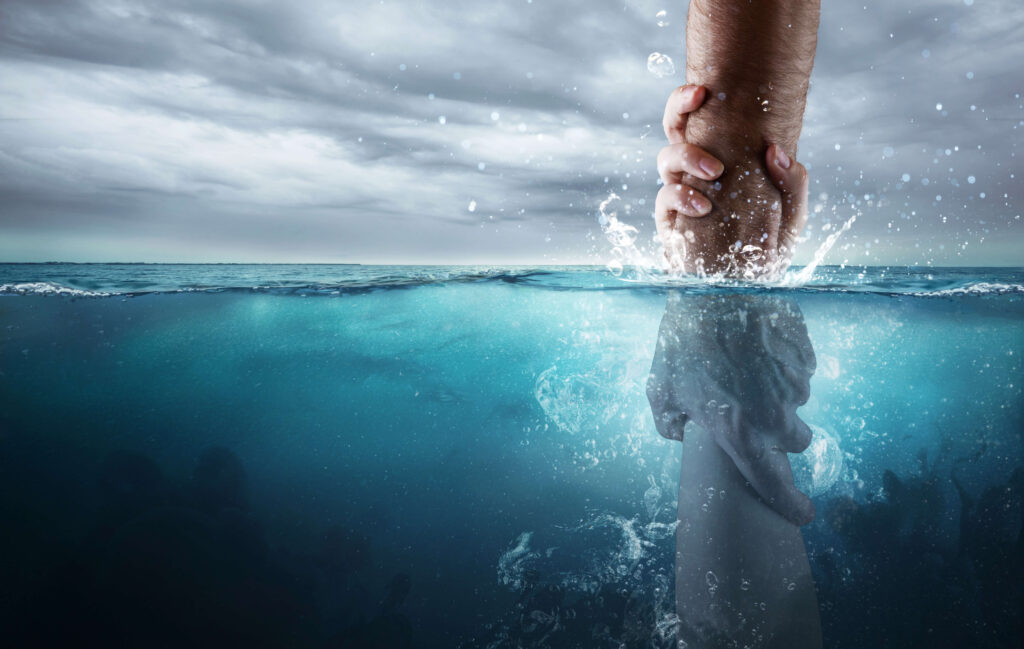 Today I want to tell you about the time that I saved a life.

I don’t tell you this for praise or to boost my ego – in fact, I find this story quite uncomfortable to tell but there’s an important lesson to take away here.

It took me many months to accept that I had saved a life – It’s natural for us to downplay our involvement in big events as far as personal events go – they don’t get much bigger than this.

At the time of writing this (January 2020), I have been involved in around 15 suicidal interventions – that is trying to help a person back from that proverbial, and sometimes literal ledge. But this was my first and easily had the biggest impact on me.

Allow me to set the scene:

It was 4:30 pm on a Friday, I was sitting at my desk pretending to work so I could see out the final hour of my working week without any drama. I had become quite good at this pretending to work lark and even had particular websites and applications that I could keep open to make it look like I was busy at work when in fact I was doing basically nothing.

Just then one of the senior managers in the company popped up behind me “Pete, have you got a minute for a chat please?”

A shot of adrenaline flushed through my body – ‘Oh shit, I’m in trouble!’

We had multiple meeting rooms in our building, but we walked straight past the closest two and settled in one in the bowels of the building. Grabbing a seat each we sat down, and I prepared myself for a justified bollocking.

But the look on this managers face wasn’t anger or disappointment – it was pain, specifically, intense emotional pain.

They took a few moments to compose themselves – obviously finding what they were about to say difficult – they swallowed deep, looked me in the eye and said “What I’m telling you now isn’t to be repeated to anyone in the office. I’m telling you this because you’re very open about your history with mental health and you’re always offering yourself as someone people can speak to if they need.

“After work today, I’m going to kill myself”.

My world ground to a halt, that adrenaline surge that hit me before just hit me again and my head started spinning.

Suicide is nothing new to me, I had spent years fighting with suicidal thoughts and on a few occasions came scarily close to acting on them, but this wasn’t me. This was someone else who had come to me in their darkest moment for support.

I quickly scrambled to find some words, any words and hoped that they were the right ones. I thought back to what I would have wanted someone to say to me in my darkest moments and remembered the one piece of advice I often gave to others when talking to someone in a bad place.

I asked if they knew how they were going to do it, they did.

In fact, they didn’t just have an idea – They had a fully formed plan, down to the smallest detail and also had the means to do it. They spoke so matter of fact about it, it was almost as if we were planning a holiday. This told me that what we were dealing with was urgent – not just important (as any conversation like this would be) but time-critical.

I remembered that I would wait for a sign from the universe that it was time – permission to go ahead. So, I asked what had brought them to that conclusion.

It turns out that their relationship had broken down and the circumstances involved meant that they were going to lose their job, their house and access to their kids.

At least in their mind. This type of catastrophic thinking is common with someone who is struggling with their mental health, but this allowed exploring this a little.

Remember, I’m not in any way clinically trained. I’m not a doctor, or a therapist and nothing I was doing was attempting to treat the person – but what I was doing was simply holding a space for discussion and for them to talk openly.

I asked if this conclusion was set in stone – that these awful things were definitely going to happen and there was no alternative? This was the first breakthrough and the first step towards a brighter future because they acknowledged that it wasn’t certain.

“After you leave this meeting room, what could you do?” I said.

They looked at me confused.

I said, “Well one option could be speaking to someone like the Samaritans?”. They stopped and looked directly at me. “Do you think I’m at that point?” they said. “Well if I had just told you what you’ve just told me, what would you say?”

They broke down – The reality of the situation had hit them and they realised the severity of what was happening. They wrapped their hands around their head and rested their elbows on the table in front. I recognised that look of absolute despair. It was clear to me that they didn’t want to go through with this – the fact that they were talking to me in such detail was a good sign of that – but the look on their face, the body language, the tears of desperation.

I recognised them in myself when I was in a similar place, I remembered how at that moment I really didn’t want to end my life but it felt like I was so far down that path that I might as well just finish it off now.

At THAT moment ending your life isn’t about a choice. Choice implies that there’s another option open to you-  in real terms there is – but you can’t see it. It’s a moment when rationality leaves you and sheer despair, confusion and even terror replace it. There’s no coherent train of thought and it can feel as though by doing this, you will be doing your loved ones a favour as if they would be better off without you. And that by doing it, all of this horrific pain and suffering will end.

Calmly and softly, I asked them to sit back in their seat, shoulders back and to take a deep breath in through their nose followed by taking the longest breath out they could manage as if they were blowing up a balloon. I did it with them. We did this 3 times.

1. They were on the verge of a panic attack, we needed to bring back a sense of control quickly

2. In moments of stress (even mild stress) our breathing gets faster and shallower meaning we get less oxygen to the brain. When this happens the brain begins to work less effectively. At that moment I’ve just described your world is rushing around you so fast that things begin to not make sense. This quick and simple breathing exercise would give us a crucial moment to slow down, get more oxygen to the brain and therefore, things feel a bit easier to deal with.

They looked at me with the slightest glint of determination in their eyes and said “So what now?”

“Well, let’s be honest, you COULD go on to end your life. I would never want that to happen and I suspect you don’t want that either – hence why you’re here speaking to me now, but I couldn’t stop you. But there are other things you could do, right? You could watch The Simpsons, or you could go get pissed in the pub. So, what else could you do?”

Over the next 20 minutes, we laid out a whole range of options. From the brilliant to the ridiculous.

I asked them which 3 options they felt best about.

I then asked which one felt like the best option to them. It didn’t take them long to answer; “The doctor,” they said.

I remembered how impossible it felt to ask the doctor for help and how I would give myself every excuse under the sun to not have to do it so in our final 15 minutes of the conversation we agreed on a plan.

The list went on until we got to the final point.

No appointment or phone call is needed. Just tell them what they had just told me

I’m glad to say that this person is now not only alive, but they’re also happy, they’re healthy, they are in a good place and none of those catastrophic consequences they named happened.

To this day that feels uncomfortable to say that I helped save a life but it’s true. The reason that I have written this blog is that this is the power of Mental health first aid. What I did in that room was nothing unusual or unknown – it was the basic principles of mental health first aid.

This is one of the major reasons why I do what I do now and why I’m so passionate about not being just another ‘tick box’ trainer. Teach people how to have these difficult conversations, how to hold that space so that person can explore their feelings and different possibilities, to find a solution or option that they feel works best for them and to make that first step towards recovery.

This is the essence of mental health first aid and yes this may seem like a drastic example and I sincerely hope that none of you reading this ever must experience something like this. But if you do, having the skills and the confidence to be able to have this kind of conversation and potentially save a life is, by definition, life-changing.

And the conversations don’t have to be about suicide. They can be about stress or a difficult situation at home or feelings of anxiety or depression. To you, this may feel like just a conversation, but to that person, it can be life-changing or even lifesaving.

So why not invest a little bit of time and money in giving yourself these skills?

You never know when you could save a life.

If you would like to learn more about how I work with organisations to create, implement and maintain workplace wellbeing drop me an email at Pete@PeteWhiteConsulting.co.uk