Are Gen Z a bunch of emotional ‘snowflakes’? 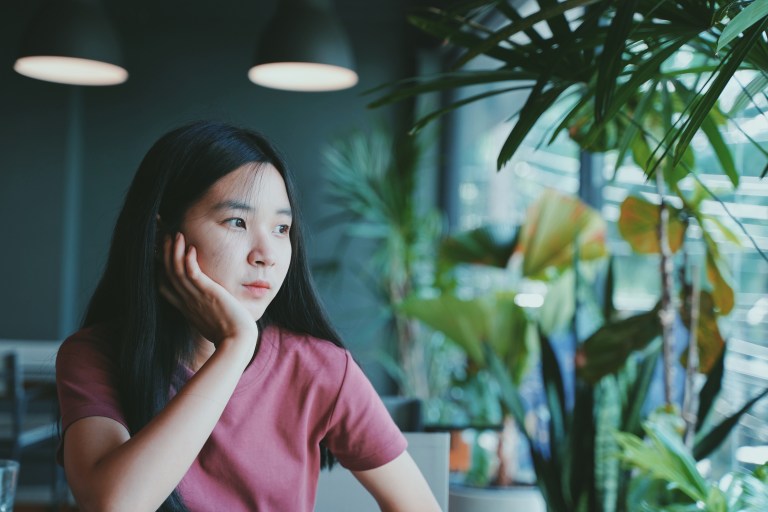 This was a headline on the Daily Mail website (I’ve shortened it slightly to keep it relevant). It went on to talk about how the boss of a company was text on a work morning by an employee because they were feeling too anxious to work. The article then spoke about how The ‘Gen Z’ employee demanded time off and how the boss said that they personally couldn’t do this because they just ‘had to push through’.

Also, what’s with the inverted commas around anxiety? Is it not a real condition or a real world?

This is why I hate the Daily Mail and it pained me to spent 4 minutes on their website to drag that headline from the depths of the gutter they call journalism.

That’s one of many headlines in tabloids that follow a similar narrative – That people born in the mid-to-late 90’s up to early 2010’s (Known as Gen Z or (apparently by people I wouldn’t want to spend any significant time around) ‘Zoomers’ are made of weaker stuff, claim to suffer from poor mental health more and will call in sick or give up easier than previous generations.

So, let’s answer the question once and for all then, are Gen Z more emotionally fragile than other generations?

But how can I say that with such confidence?

I hate the word ‘Snowflake’, it’s typically used to describe someone who expresses their emotions or displays compassion for someone else and it’s used to discourage people from doing these things. But if you have read anything I’ve written previously then you’ll know that we want people to be doing more of these things.

I know, I used it for the heading of this post, and I feel a bit dirty for doing so but that’s probably part of the reason you clicked on this in the first place.

Secondly, lumping together an entire generation of people (In the case of Gen Z that’s around 2.4 billion on the planet) with the same traits is just a bit dumb. The reason being, we all have our own values, thoughts, beliefs, experiences, upbringing and circumstances. So, to say that a single generation is X just doesn’t make sense.

For example, I’m a millennial (born in ‘87) and according to some newspaper headlines that means I’m lazy, unappreciative and expect everything to be handed to me on a plate.

But seeing as I’m a veteran, business owner, father of a small child (aka sleep thief) and I’ve worked hard for what I have in life – those headlines don’t really stack up. And I’m far from a rare case

Anyway, now I’ve ranted about that, lets move on to the next part.

It’s fair to say that we all have physical health, right? Whether it’s good or bad or anywhere in the middle, we still have it. Well, the exact same can be said of mental health. And it doesn’t matter how old you are, you still have it.

As humans we have a bunch of core needs that we need to maintain to keep ourselves healthy. Sleep, diet, physical activity, social connection, safety etc. The minute those are disrupted or someone starts messing with them you’re going to see a knock-on impact on your health, both physically and mentally.

Therefore, it can’t be the case that one generation is going to suffer more mental health issues than another generation based on when they were born.

Of course, we could factor in things like world events, as I write this, we’re over 2 years into the COVID Pandemic, Ukraine is currently at war with Russia (huge shout out to the people of Ukraine. And to Putin, piss off) but every generation faces huge events of some type and we all experience these differently. Again, it’s an individual thing.

Now that heading might confuse you based on what I’ve just said so let me explain what’s going on here.

Simply put, Gen Z are more open and willing to speak about things like mental health and emotional wellbeing. They’re less likely to view it as something that should be kept a secret and this is true across the board. Whether it is a sit-down chat with a doctor which may result in some form of diagnosis or just meeting up with friends and being more honest when someone asks ‘how are you doing?’ – Because let’s face it, most of us bring out the old ‘Alright’ or ‘living the dream’ which either means nothing or is code for ‘I’m doing pretty shit but don’t want to say it’.

It doesn’t take long to find studies and research papers from respected bodies Like McKinsey & Company and Deloitte that show the stats back this up.

For example, looking at the linked McKinsey report “One in four Gen Z respondents reported feeling more emotionally distressed (25 percent), almost double the levels reported by millennial and Gen X respondents (13 percent each), and more than triple the levels reported by baby boomer respondents (8 percent)” and the Deloitte report talks about increasing rates of Gen Z reporting experiencing stress and anxiety and taking time off work due to mental health issues. And I firmly believe that these reports are accurate.

It’s not that Gen Z are necessarily having more stress, they’re reporting it more. Yes stress is an inevitable part of working life but that doesn’t mean that nothing can be done to either reduce it or manage it. But if we don’t say anything about it then I can guarantee nothing will be done

In other words, Gen Z may actually be more emotionally intelligent and honest with how their feeling which any mental health professional will tell you, isn’t a bad thing.

So, if it’s not the generation that’s more prone to mental health issues then what is it?

There are several things at play here.

The fact that it’s pretty difficult to escape the pull of social media has a part to play. I probably don’t need to convince you that social media isn’t great for our mental health generally. Especially with the unrealistic portrayal of people and their lives and how easy it is for lots of people to be a dick to someone sat behind a keyboard or on their phones.

Social media, by its very design is addictive, so we’re more and more exposed to all the negatives it presents (often masked as positives) and we seek that validation from others in the form of likes and comments, when we don’t receive it we crave it like a drug and many base their sense of self-worth on how popular their social media content is.

It is also regularly used as a news outlet – even if that news is completely made up or twisted beyond any semblance of reality and this may shape our view of ourselves and the world around us.

Just the other day I saw a post claiming that if you liked a certain high-end computer mouse then you were a *undesirable type of person* . It just so happens that particular computer mouse has been on my ‘things I shouldn’t buy but probably will’ list for a while now. Thankfully I’ve been around the block a few times and I can easily brush that off but many others might not.

‘This phone is for people who live in their parents’ basement’

‘Depression is the new bad back’

All ridiculous comments I’ve seen recently and can easily start to bring our state of mental wellbeing down that scale. 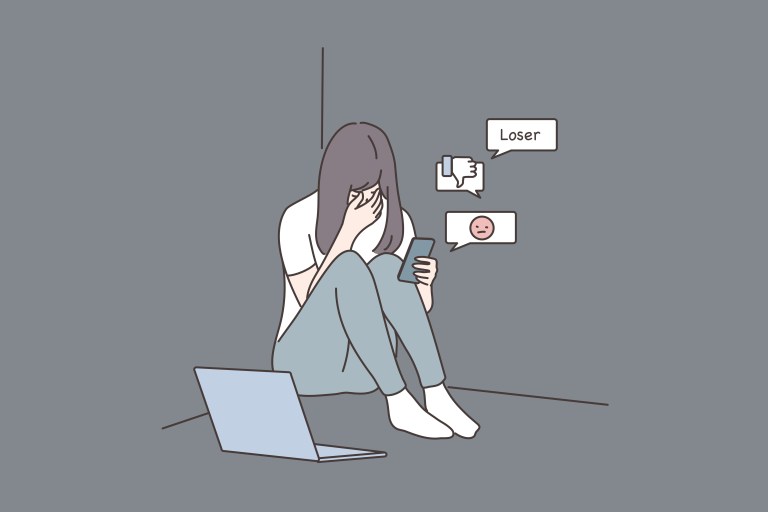 Conversely, social media has also provided a platform for people to speak about mental health. Whether share their own challenges, share information or simply ask people ‘How are you?’ meaning we’re seeing it mentioned more and more.

There’s also the fact that we now see less stigma around mental health and talking about it than ever before. Don’t get me wrong, there’s still a lot of work to be done but things are definitely improving with this thanks to campaigns like Time to Talk and Mental health awareness week, public figures speaking out about their mental health, such as Tyson Fury, Prince Harry and Chris Evans. Then there’s the people like myself who (hopefully) by talking about mental health and educating others make it more accepted and part of the every-day.

This means that people are now more aware of their mental health – whether good or not-so-good, know who they can talk to and feel comfortable to do so. Which brings me nicely to my next point

It’s more normal to talk about

I’ve said for years that I want mental health to be as normal to talk about as the weather, football or whatever global catastrophe is in the news headlines. So in the same sense as someone might say “I’m really cold today” they would feel just as comfortable to say “I feel really low today”. And this is what we are seeing now. Younger generations who have grown up around more open conversations feel more confident to talk about mental health in normal terms.

The knock-on impact of this is that Gen Z are more prepared to speak to a doctor or a counsellor which increases the likelihood of a diagnosis happening.

Great, but what does this all mean?

The short answer is that Gen Z are

Which in turn leads to more diagnoses of mental health conditions like depression and anxiety.

Do some people use mental health as an excuse for certain behaviour or feign a condition to achieve certain ends? Yeah, of course it happens. In the same way as people pretend to have back pain or the flu. But that shouldn’t detract from the fact that there are way more genuine people out there who genuinely do need and deserve support and the majority of us aren’t qualified to make that call.

Let’s wrap it up

So no, Gen Z aren’t snowflakes, aren’t emotionally fragile and aren’t ‘jumping on a band wagon’ (Another expression that pisses me off). They’re just more emotionally intelligent, mature and prepared to have difficult conversations.

This may make some folk uncomfortable who aren’t used to this or because people were less aware of it they think it’s a new phenomenon when it’s been around for basically as long as humanity has.